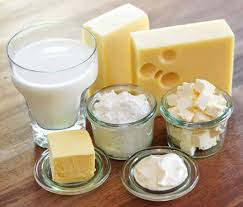 A lot of demand of cream on the foreign market with prices between 1,87 and 1,93 €/kg DAP northern Italy, depending on producer and origin of the product. On the italian market, on the other hand, there is no demand of cream, so users – who are mainly the producer – are willing to pay 1,78 €/kg exw for the national cream.
Raw milk is sold at 0,27 €/kg DAP, instead of 0,28-0,29 €/kg – price of Wednesday. Skimmed milk is stationary at 0,11 €/kg DAP.
Butter reports are always changing, but nothing compared to the market. Kempten has gained 0,05 € on the minimum and remains unchanged on the maximum; today is at 4,10-4,20 €/kg. Holland has increased of 0,12 € reaching 4,16 €/kg, almost like Kempten average that today is at 4,15 €/kg. France is still fixed at 4,20 €/kg.
Markets have grown more than reports: german butter today is at 4,40 €/kg DAP Northern Italy, Baltic states ask for 4,20 €/kg but as ex work price and Polland asks for 4,10 €/kg as ex work price, even if ten days ago it was offering at 3,75 €/kg. It has to be specified that these prices are asked from traders who have some goods, even from fresh production, but dairies (polish, german or baltic) are reluctant to offer, partly because they are storing some goods and partly because they believe in a rise in the market. Foreign customers expected a declining market, but today it is difficult to find sellers. Price for GDO in Germany is not decided yet, suppliers asked for just a montly contract because they think that the market will increase.
Community exports of butter decreased by 27,3% in november, it means 8233 tons less compared to november 2016. This is caused by the price increase and the low availability of products. EU exported mainly in US – 20% of the goods, around 24000 tons (+50% in 2017 compared to 2016).
Regarding milk powder there is a low decrease in the one for zootechnical use while there is an increase in the one for food use. This is motivated by the intervention: last week 1900 tons have been sold at a minimum price of 1190 €/tons and milk powder for zootechnical use is more influenced since the goods sold, being old, shouldn’t have be for food use.
In november EU exports of SMP increased by 42,2% compared to november 2016 and in the period january-november 2017 increased by 38,9% compared to the same period of the previous year. Main destination have been Algerian, China, Indonesian and Philippines.
In november even WMP exports increased by 2,3% compared to november 2016 and main destination have been Algerian and Northern Africa countries.
Whey powder for zootechnical use is increasing on the three main reports. In Holland and Germany it is growing for the third consecutive week.
Instead, the one for food use is stable.
European average quotations of cheese are decreasing reaching 2,93 €/kg for Edamer and 3,06 €/kg for Gouda, are rising for Emmental, untill 4,67 €/kg and are stable for Cheddar, at 3,11 €/kg.
In Italy, quotations are growing by 0,05 € for Parmigiano Reggiano young in Mantova and are decreasing for Grana Padano in Mantova and Brescia.
In november EU exports of cheese decreased by 1,5%, around 69800 tons. Even on annual basis they are decreasing mainly because of the rise in prices of september 2017, the growing competition of other main export countries and the unfavourable currency. Anyway, global demand of cheese should be strong and EU prices should remain competitive.